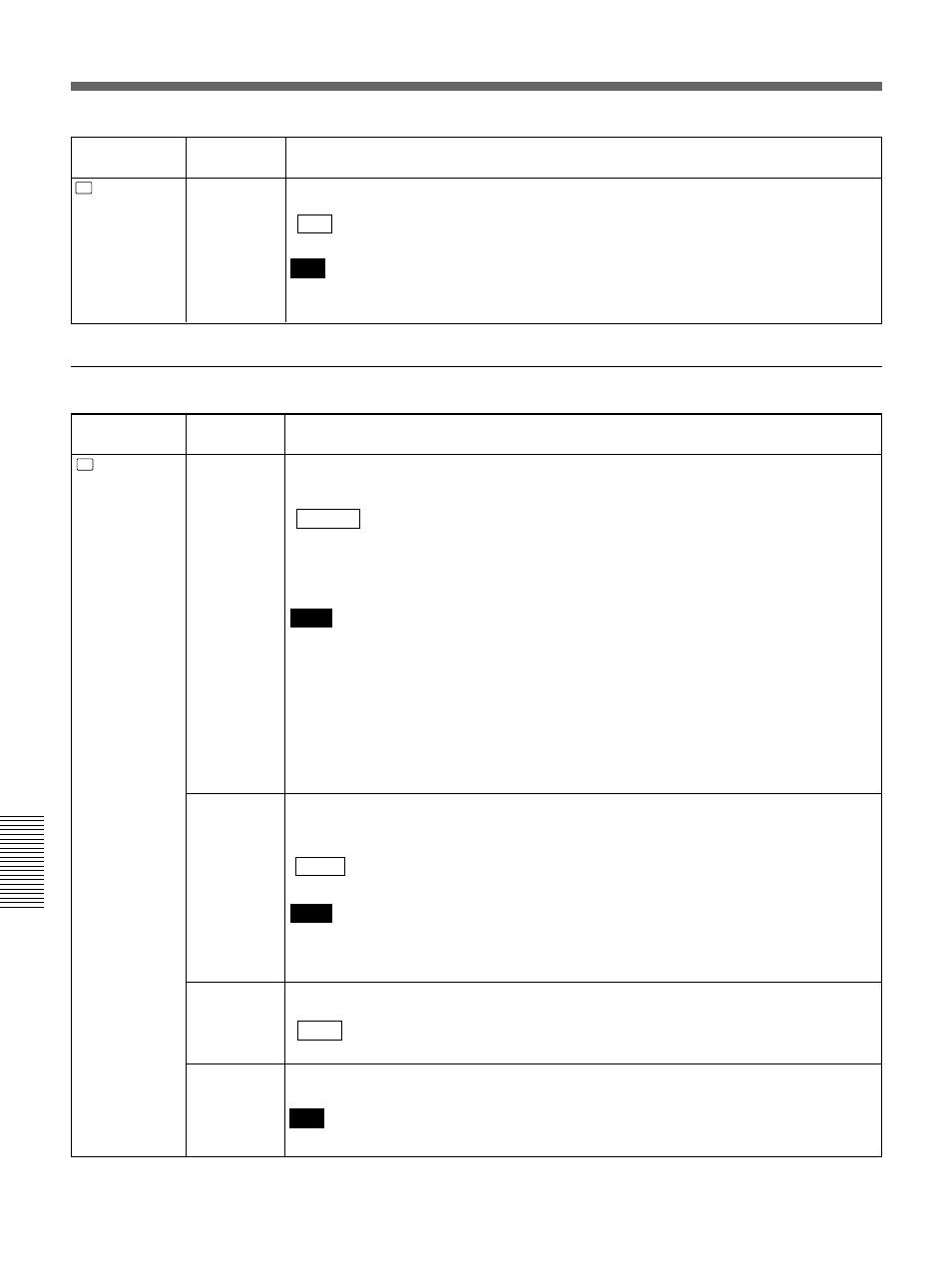 Chapter 6 Adjusting and Setting Through Menus

Adjusting and Setting Through Menus

Controls the time code output from the TC OUT connector when the tape is played at a
speed other than normal.

Selects the information which the unit sends to an editing controller to let it know the state
of the unit when the tape reaches a searched for point. (only for an RS-422A connection)

STOP : Informs the editing controller that the unit is in the stop mode.

STILL: Informs the editing controller that the unit is in the playback pause mode.

Restricts the functions of the buttons on the front panel, the Remote Commander, and the
Remote Control Unit (not supplied) connected to the CONTROL S IN jack, when the
REMOTE/LOCAL switch is set to REMOTE.

ALL KEYS: Enables all buttons on the devices described above.

• Even if the REMOTE/LOCAL switch is set to REMOTE, the Remote Commander functions

depend on the setting of this item. If you want to disable the Remote Commander, set
COMMANDER on the OTHERS menu to CONTROL S.

• Press the EXEC button to change the setting of this item. This will also be carried out the

moment you switch the position of the DISPLAY SELECT selector to DATA or AUDIO.

• While the REMOTE/LOCAL switch is set to REMOTE, if you change this item from ALL

KEYS to any other setting, the setting is activated at that instant and the

buttons, which are used to adjust the menus, are disabled. To enable those buttons again,
set the REMOTE/LOCAL switch to LOCAL.

Sets the duration of the preroll time. (only for an RS-422A connection)

• Depending on the types of editing controller used, the unit may take the preroll time set by

the editing controller, ignoring setting of this item.

• On the editing controller, set the preroll time to five seconds or longer.

Playback still delay can be set between 0 and 10 frames by 11 steps. You can set the delay
which the unit turns to playback mode from still mode. (only for an RS-422A connection)

The default is 0 frame.