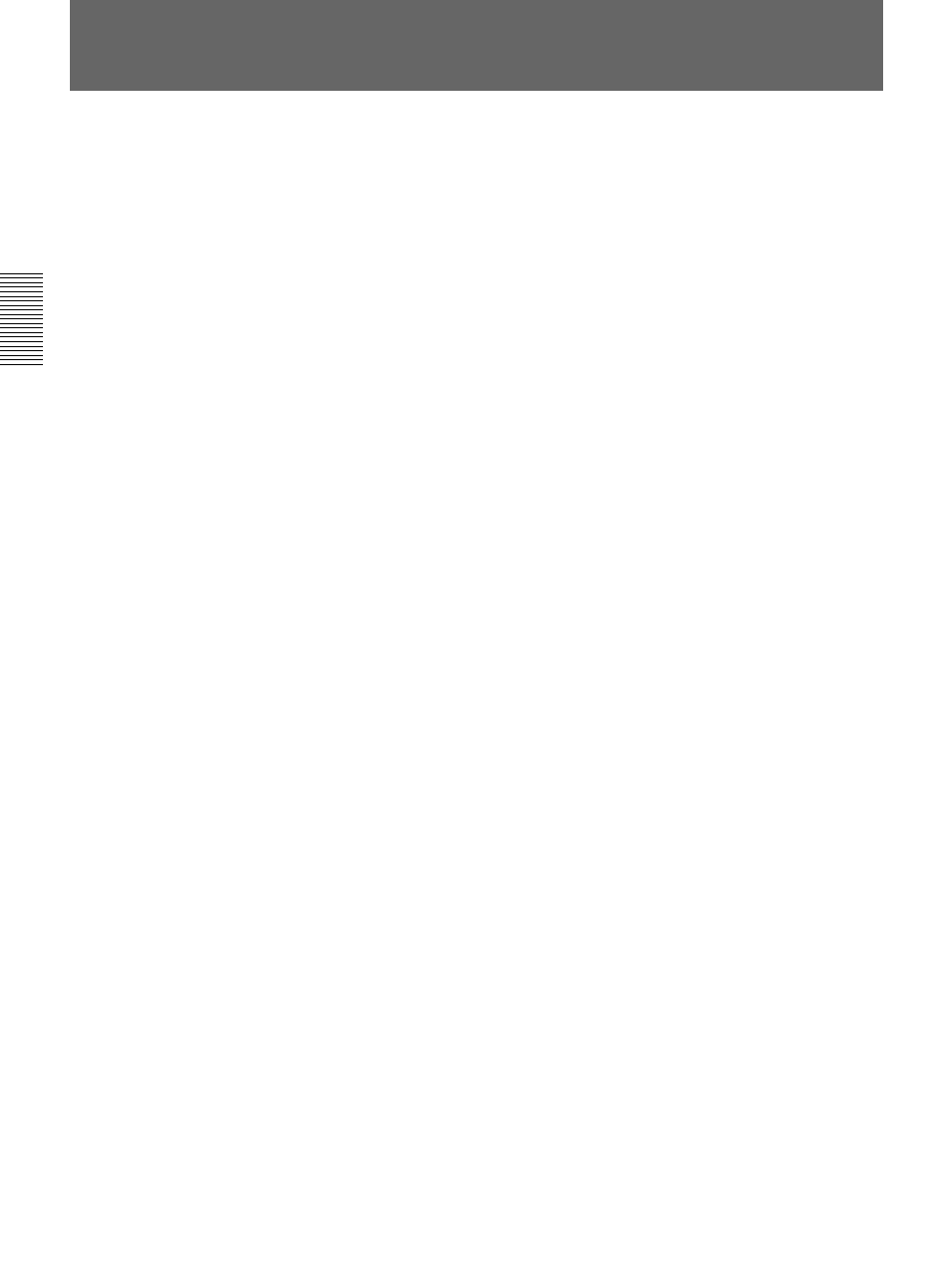 A chrominance signal determined by
subtracting the Y (luminance) signal from
the B (blue) signal. One of the component
signals.

The waveform tops are flattened because
the input to the amplifier exceeded the
dynamic range.

Condensation of moisture on the tape
transport mechanisms of VCRs including
the head drum. If moisture condenses on
the head drum, the tape adheres to the
drum and causes malfunctions.

In NTSC format, the actual number of
frames per second is approximately 29.97,
while that for the SMPTE time code is
specified as 30. Drop frame mode is a
mode in which time code is advanced in
such a way that the difference in frame
value between real time and time code is
corrected. In this mode, two frames are
skipped at the beginning of each minute,
except for every tenth minute, so that the
frame value for time code matches that for
real time. See also “Non-drop frame
mode.”

The electric signals of the images or sound
input to the VCR recording circuit are
output via only the electric circuit by
bypassing the magnetic conversion circuit,
such as a tape or head. You can check the
input signals and adjust the input level in
this mode. This is also called the EE mode.

A metal cylinder to which a video head is
attached. This drum is rotated at high
speeds in synchronization with the sync
signal during recording and playback.

When being loaded, the tape is pulled out
of the cassette case and threaded along the
specified tape path and wrapped round the
drum to be ready for recording or
playback. Generally, this is done
automatically when you place the cassette
at the cassette entrance of the VCR. Also
called threading.

The signal that determines the brightness
of the picture. Also called Y signal. One of
the component signals.

A chrominance signal determined by
subtracting the Y (luminance) signal from
the R (red) signal. One of the component
signals.

A video signal consisting of a sync signal
or sync and burst signals, used as a
reference.

Abbreviation of Signal-to-Noise (ratio).
The higher the S/N value, the less noise
and higher the picture quality.

A VCR operating mode used when
searching for specific scenes, by viewing
the video output or time code values while
playing back the tape at various speeds in
forward or reverse direction.

Abbreviation of Society of Motion Picture
and Television Engineers. Established by
broadcasting and related organizations in
USA.

One of two conditions in the stop mode.
The drum does not rotate and tape is
slackened. There is no damage to the video
heads and the tape, but the VCR is not
ready for immediate recording or
playback.

One of two conditions in the stop mode.
The drum is rotating and the tape is
wrapped round the drum. The VCR is
ready for recording or playback, so a still
picture can be obtained.