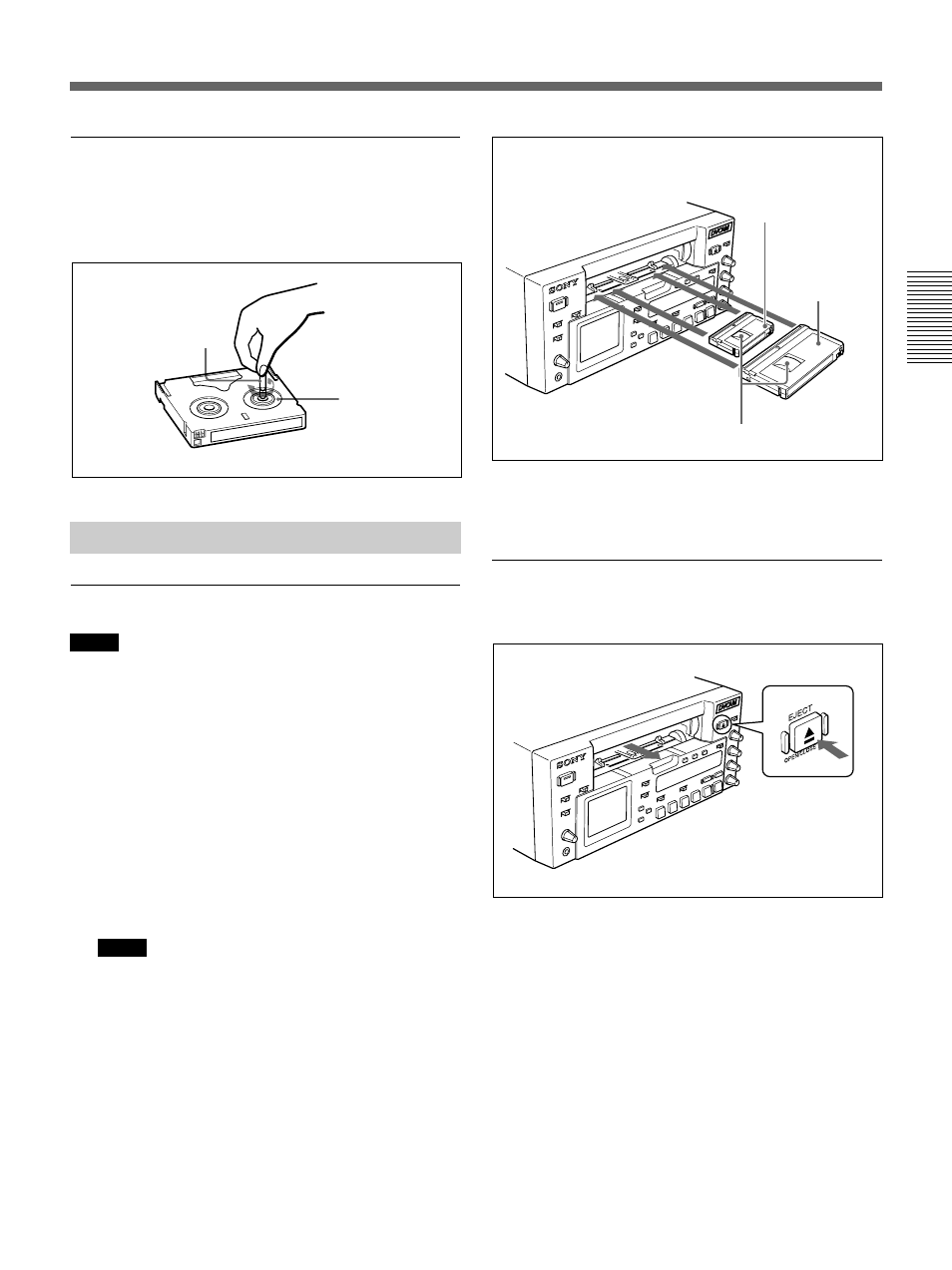 Checking the tape for slack

Using a paper clip or a similar object, turn the reel
gently in the direction shown by the arrow. If the reel
does not move, there is no slack.

To insert a cassette

• Do not insert the cassette forcibly. The unit may be

• Do not eject/load the cassette in a place subject to

light. The internal sensor of the unit may operate
incorrectly if too much light falls on the unit.

With the unit powered on, press the EJECT button.

After checking the tape for slack, hold the cassette
so that the tape window is facing upward, then
insert it into the unit.

• When inserting a cassette, hold the back edge of

the cassette in the center and push it until the
cassette is inserted deep into the unit. If you hold
the ends, the cassette may not be loaded properly.

• If the cassette does not load or is loaded only

halfway, eject it once, then insert it again. In such
a case, if you insert the cassette forcibly, the
cassette may not be loaded properly or
malfunctions may occur.

• It takes a few seconds for the unit to recognize

the cassette and find the proper location on the
tape being loaded.

The cassette is automatically loaded into the unit
and the cassette compartment closes.

To eject the cassette

With the unit powered on, press the EJECT button.

The cassette is unloaded and ejected.